by Daisy Turton
Comments off

September is closing in which means new 70 plate cars are on their way! Here is a list of some of the best cars joining our fleet next month… 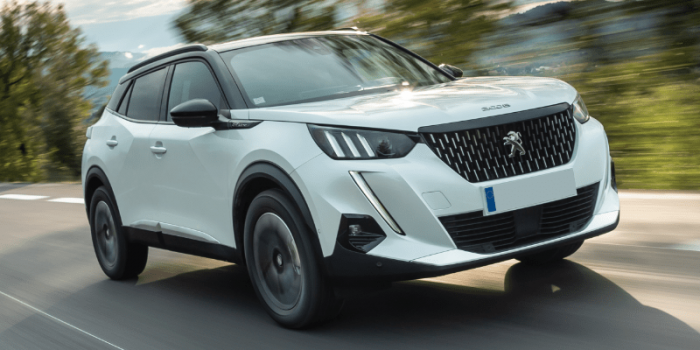 The Peugeot 2008 has come a long way from the previous model which first arrived on the scene back in 2013. The all-new 2008 model gets bold new exterior styling which has some resemblance to the smaller also new Peugeot 208. The improvements continue inside with a high-quality interior which feels as premium as the likes of Audi and BMW.

The model spec joining our fleet is the high-end GT-Line which includes features such as Apple CarPlay & Android Auto, heated part-leather front seats and parking sensors as standard. The passenger space in the 2008 is generous and it perfectly suited to family life.

The all-new model Peugeot 2008 will be gracing us with its presence in September. 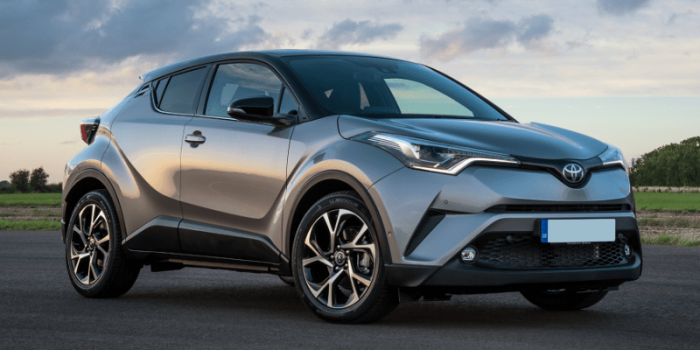 The Toyota C-HR is a futuristic-looking small SUV which will make you stand out from the crowd. It is cheap to run due to its hybrid engine and it’s comfortable to drive.

C-HR stands for Coupe High Rider, and it doesn’t really look like any other small SUV’s on the road, which tend to look like jacked-up hatchbacks. You get chunky black bumpers with angular headlights and a swooping coupe roofline which gives it sporty looks.

We have two different model specs joining us including the Excel and the Design with both come with a generous amount of standard equipment such as Apple CarPlay & Android Auto, front & rear parking sensors and cruise control.

The C-HR is to join us very shortly in September on the all-new 70 plate so don’t miss out. 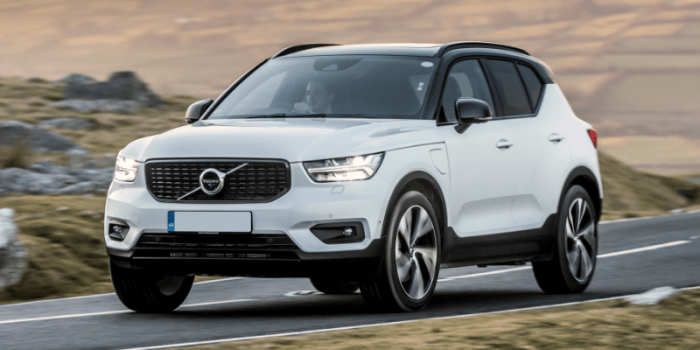 The Volvo XC40 is a funky modern SUV which is smaller than its other Volvo brothers, the XC60 and XC90. It is perfectly suited to you if you like to be sat high when driving. Due to the high driving position, it gives a great view out of your surroundings.

Inside, the interior feels very premium and is a serious contender instead of the likes of the BMW X1, Audi Q2 and Mercedes-Benz GLA. The particular model spec is the sport R Design which gives the car leather/nubuck upholstery, sat-nav and cruise control. Our cars also feature extra/optional packs such as Lounge, Driver, Climate & Versatility and Smartphone which gives the Volvo XC40 a panoramic sunroof, park assist, heated front seats, heated rear seats and heated steering wheel.

Get counting down the days as they are joining us in September.

For decades now, the Golf has always been the go-to choice for drivers across the country. It’s everything you could possibly want from a car and more. It’s stylish, well-equipped and most importantly, safe and ideal for everyday life.

The all-new model was announced in 2019 and it has a completely new design yet, still carries the Golf’s distinctive style. The model joining us is the ‘R-Line’ which features plenty of cosmetic extras such as the ‘R-Line’ styling pack which includes different front and rear bumpers, radiator grille and side skirts, 17-inch ‘Valencia Alloy wheels. There is also ambient lighting where there are 30 colours to choose from!

Why not try the Volkswagen Golf Mark 8 for yourself. 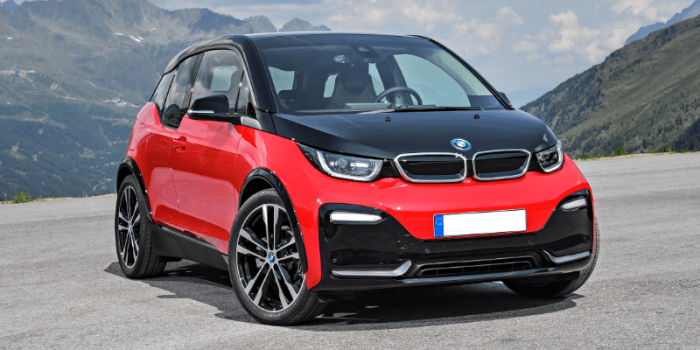 The BMW i3 is the ideal car if you’re looking for something stylish, upmarket and electric but is also easy to drive. Also, it is fully electric which means no more queuing at the petrol station. Plus you can kiss goodbye to company car tax.

Inside on the dashboard, you get a high-resolution 10-inch infotainment screen which comes with sat-nav as standard. Overall the interior is what you’d expect in a BMW with plush materials and plenty of space to get comfortable. BMW has created the BMW i3 to be recyclable and reusable and they claim that approximately 27 used plastic bottles go into every car to form parts of the seats and doors.

The BMW i3 comes as a 4 seat only and has rear-hinged back doors which do make the task of loading a car seat in easy. The big and oddly shaped windows make it feel nice and airy in the back for passengers.

We currently have some BMW i3’s on our fleet now which have proven to be very popular so don’t miss out your chance to grab one when we take a new delivery of them in September. 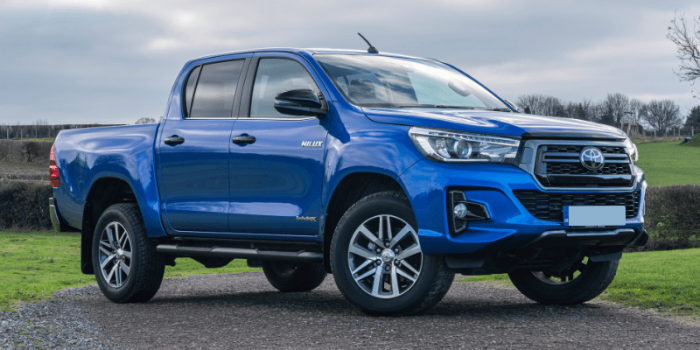 The Toyota Hilux is a solid and reliable pick up which comes with a generous range of equipment as standard. In comparison the other pickup trucks on the market such as the VW Amarok and the Ford Ranger, the Toyota Hilux is the most affordable and practical.

We have a variety of different Hilux model specs joining us including the Icon, Invincible and Invincible X which all have a very generous amount of standard equipment. The lower spec model Icon comes with reversing camera, cruise control and Bluetooth connectivity; it may be the lowest spec we are getting but it certainly isn’t low spec. The top spec model Invincible X comes with all of the Icon spec plus heated leather front seats, sat-nav, parking sensors and much more.

If a pick up is what you’re after then the Toyota Hilux is the perfect option for you.

These cars listed above are just a handful of cars which are joining us in September so give us a call on: 01904 557 536 or drop us an email: hello@autohorn.co.uk to find out more! 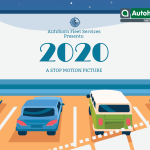 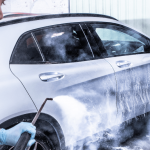